If there was a tick sheet of things a tourist or traveller would want from a place based purely on aesthetics, it would probably run something as such; big blue lake, idyllic island, iconic church, domineering castle atop a hill. Lake Bled has all of this, with the added bonus of the church sitting proudly in the middle of the island. It is one of the most popular destinations in Slovenia, and for good reason.

As picturesque as a destination can be, Bled is one of the most striking Alpine resorts going and offers something for all manner of visitors, be they old, young, those in search of activity or in search of relaxation. It truly is the dictionary definition of serenity. Slovenia’s only island is the focal point, a small haven with the quaintest of churches dominating the scene. Learn about the history of time telling in the separate Bell Tower before tasting some traditional Potica, a pastry nut roll with no end of fillings. Some 130m above the lake we find Bled Castle, the oldest in the country keeping an ever-present protective watch over the lake.

Of course it is the lake that steals the show, with its glistening blue-green water that is clearer than it has any right to be. A 6km long path winds around it, providing one of the most tranquil walks we’ve ever walked. There aren’t many more relaxing experiences than a slow stroll in the sun as the Alpine mountains reflect off the picture-perfect water. Don’t be put off by the ever-growing numbers of tourists visiting, Lake Bled deserves every single visitor it receives.

BLED CASTLE: Perched quite dramatically high up on a cliff overlooking the lake and town, Bled Castle is the stuff of children’s dreams. First mentioned in the year 1011, it is officially the oldest castle in Slovenia having celebrated its one thousand year anniversary in 2011. Built and added to haphazardly over the centuries, nowadays the castle is a photogenic mash of styles. Of the many sights located on the castle’s premises, you can visit a small but informative museum of the region’s history from the first human settlements till the present day, a 16th century chapel, the wine cellar, an herbal gallery, a recreated Gutenberg printing press (that still sees heavy work printing souvenirs for visitors) and of course a restaurant with breathtaking views of the lake below and mountains beyond. Info: tel. +386 (0)4 572 97 82, fax +386 (0)4 572 97 72, blejski.grad@zkbled.si, www.blejski-grad.si.

BLED ISLAND: Of the many aesthetic wonders of Lake Bled, it is Bled Island (Blejski Otok) that is without doubt the most memorable. It adorns the cover of this and pretty much every other guide dedicated to Bled, and a large chunk of guides for the entire country, and with good reason. It is the only true island in the entire country after all. It certainly isn’t huge, but the phrase ‘small but perfectly formed’ has never felt more apt. It is only accessible by boat, but we truly can’t think of any mode of transport we’d rather use to reach it.

The Church of the Mother of the God on the Lake (mouthy name, but rather poetic in Slovene) dominates the landscape, both visually and culturally. First mentioned in the 12th century, it has a history that stretches way before that and has undergone many renovations since. Thousands head to ring its Wishing Bell annually, which is purported to bring luck to those that ring it. USA Today included it in its list of the most beautiful churches in the world, for quite obvious reasons.

Elsewhere on the island we find a Bell Tower with a renewed Pendulum Clock at the top, not a spark of electricity in sight. There is also an exhibition house showcasing some of the fi nest Slovene art from past and present, as well as a fascinating permanent exhibition focused on traditional dress. Wrap up your visit by tasting Potica, a sort of nut roll made with all sorts of fillings, in the attractive café before returning to the shore. Info: Bled Island, +386 (0)4 576 79 01, info@blejskiotok.si, www.blejskiotok.si.

THE CHURCH OF THE MOTHER OF GOD ON THE LAKE: The most iconic feature of the most iconic attraction in the country, it is the image of the church on the island that attracts so many curious visitors to Bled and Slovenia every single year. Whilst the location of it alone is reason enough to visit, the church itself is full of history and legend. It started life as a small wooden chapel, before being expanded into a church and renovated on many occasions through the centuries. A most understated elegance underpins the interior, with the Stations of the Cross predominantly showcased. The golden baroque altar juxtaposes gracefully with the faded frescoes on either side of it. It is the Wishing Bell that gets the most attention however, and the story of its coming to be is a curious mix of fact and fiction. A lady, who lived at Bled Castle, had the bell made from her jewelry after the violent death of her husband. However, as the bell was being rowed out to the island from the shore, a storm hit causing the boat and all its contents (both human and decorative) to sink to the bottom of the lake. She was devastated, so she moved to Rome and took up life in a convent. When she died, the Pope was so devastated that he ordered the building of another bell to be transported to Bled. Now, the story, we aren’t sure, but it is a fact that the bell that rings out from the island today was made in Rome. Purported to give luck to those who ring it, it is a must-do when on the island.

VINTGAR GORGE: One of the most spectacular natural sights in Slovenia is hidden away just north of Gorje and only 4km from Bled. The Vintgar Gorge, known locally as Soteska Vintgar or Blejski Vintgar, was created during the last ice age when glacial movements forced the crystalline waters of the Radovna River to the northeast, where it was able to slowly cut its way through the limestone terrain, creating sheer canyon walls reaching heights of up to 100m. Only officially discovered in 1891, the gorge’s natural beauty was immediately recognised and work commenced on the construction of a wooden walkway along its 1.6km length, opening to the public only two years later on 26 August 1893. The walkway has been renovated several times over the past century, but still looks very much the way it did when it first opened. Nowadays it leads awe-inspired visitors past rapids, pools and overgrown rocky crags to the 16m-high Šum waterfall at the gorgećs furthest end, which is said to be the highest fluvial waterfall in all of Slovenia. The short but breathtaking trek is definitely a must-do for anyone who visits the region! Info: www.vintgar.si.

EDUCATIONAL BEEHOUSE: Get a taste for good healthy Slovenian honey whilst in Bled, but not before you’ve earned it! By taking a one to two hour tour, you will see about 50 bee families at work (providing you come in season), admire the traditional hand-painted beehive panels, and learn and observe the life of the diligently renowned Carniolan bee. Only then can you taste and buy the produced golden stuff. Beehive panel painting workshops take place under a typical Slovene kozolec (hayrack), and children can delight in natural science days. Beekeeper Blaž Ambrožič will be your guide, with up to 20-30 visitors hosted at any one time. Located just south of Bled, in the village of Selo pri Bledu. Info: Selo pri Bledu, tel. +386 (0)41 65 71 20/+386 (0)41 22 74 07, www.kralov-med.si.

PLETNA BOATS: There’s a local saying, whereby one hasn’t really visited Bled without taking a ride in one of its traditional Pletna boats. Thought to have perhaps derived from the German ‘plateboot’, meaning flat bottomed boat, the Pletna has a history stretching back to the end of the 16th century. Since then the respected profession of oarsman has been handed down through generations, with a special technique of standing rowing mastered by only a few. So board the wooden vessel at its widened stern, its pointed bow aimed at the other side of the turquoise waters, or squarely at the island, and be carried across, protected from the sun or rain by its colorful awning. The Pletna piers are located under Spa Park, the Park Hotel Bled café in Mlino and in Velika Zaka. Info: tel. +386 (0)41 708 639, info@pranzlno.si, www.td-bled.si. Tickets €14. Church entrance €6. 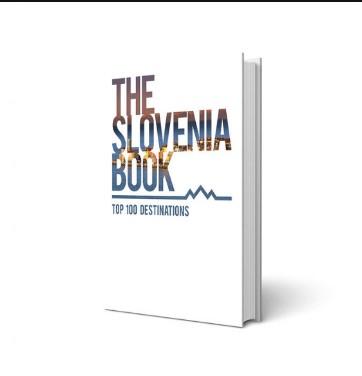 FIJAKER COACHMEN: Proud of their tradition, the Bled coachmen offer their services of horse drawn carriage transport every day of the year. Treat your loved one to a ride, be it rain or shine, their special umbrellas will stave off the elements should the latter threaten to dampen one’s spirits. Tradition can be seen most of all in the Fijaker uniform, complete with a jacket adorned of ruby red Gorenjska carnations, their top hats bouncing along as they whisk you almost anywhere in Bled lake’s vicinity or further afield, and even wait for a romantic drink or meal to be enjoyed, to then take you back. Turn up at their station in front of Festival Hall (Festivalna dvorana) in the summer months to find them waiting, in winter but their sign and contact details, on which you can also buy a gift voucher for the said loved one. Info: +386 (0)41 69 34 41, www.fijaker-bled.si.

IEDC BLED SCHOOL OF MANAGEMENT: Since first opening its doors back in 1986, Bled’s famed IEDC has prided itself on being on being one of the most innovative business schools in all of Central and Eastern Europe, and as such has developed excellent ties with the business community throughout the region and beyond. Some 80% of participants in its extensive portfolio of programmes come from outside Slovenia, among whom more than one third are senior managers. Several important international institutions are headquartered at the school, including the Slovene branch of the United National Global Compact, and its location in beautiful modern facilities just steps from the shores of Bled Lake surely doesn’t hurt school’s appeal. Info: Prešernova 33, +386 (0)4 579 25 00, info@iedc.si, www.iedc.si.

BLED BY THE NUMBERS:

BLED CREAM CAKE: Cream cakes, known in Bled for decades, are in fact the town’s symbol. Although you can buy them elsewhere, those from Bled are simply the best. Ištvan Lukačevič, the former manager of Hotel Park patisserie, tested recipes for many years before he finally succeeded. His cream cakes, which are prepared at this patisserie and sold in the café opposite the hotel, are famous. What is the secret?

In fact, there is no secret – only experience matters, and the cooks from Bled have plenty of that. Since 1953 they have been serving up ‘Kremšnita’ here, October 2013 seeing the 12 millionth slice unveiled in a whirl of glory at the annual carnival in its honour. Let us tempt you with the recipe: a golden crispy crust made from butter dough (mixed with butter, not margarine), a delicious vanilla cream of exactly the right consistency (with exactly the right amount of flour – if there is too much the cakes are no good, if too little, they collapse after cutting), topped with whipped cream and a crispy layer of butter dough and finally, last but not least, a good dusting of icing sugar. You see? Your mouth is watering already. 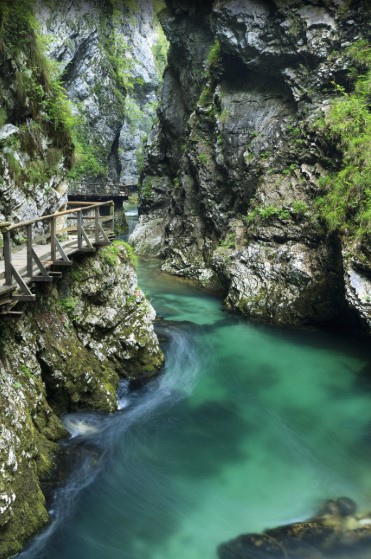